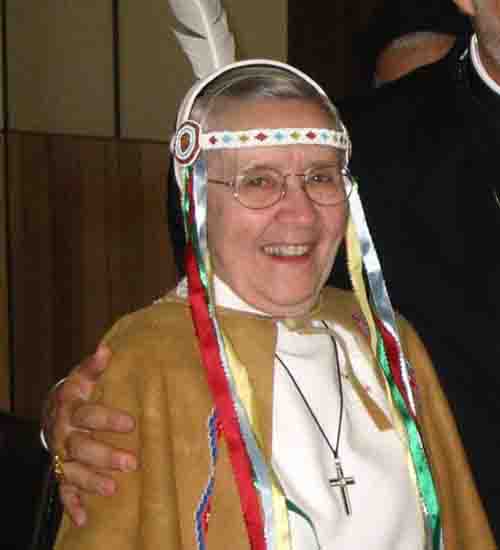 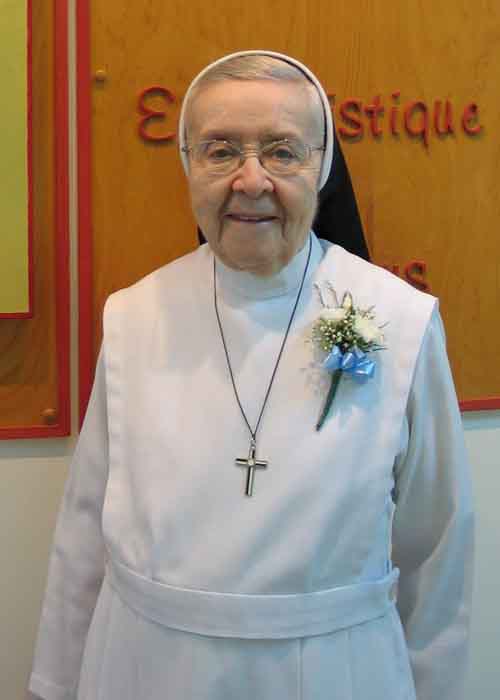 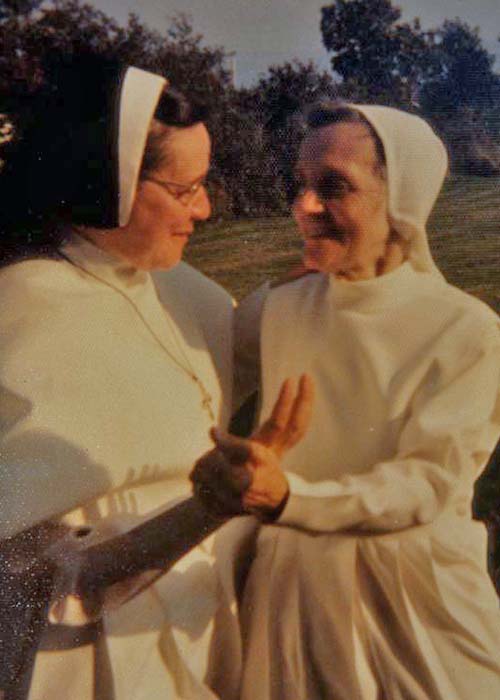 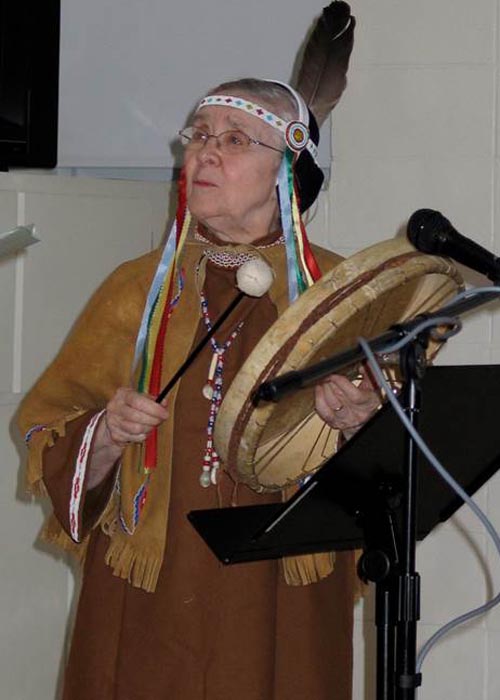 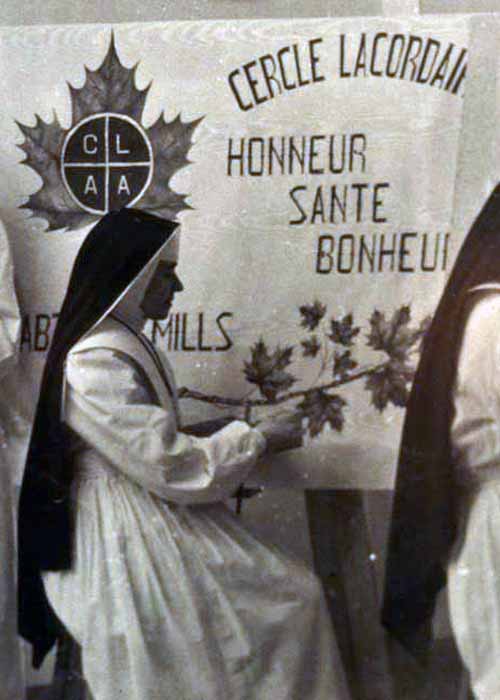 Here is the tribute presented by Sr. Julienne Turmel, Prioress General, at Sister Cécile Fecteau's funeral Friday, March 25. It gives us is a brief overview of Sister Cécile's life, illustrating the unique gift she was for the world, for the Church, and for her community. 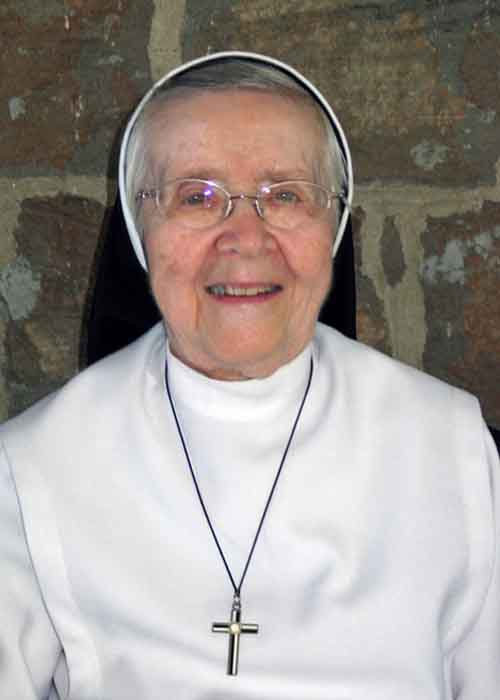 Dear family members and friends of our sister

Sister Cécile Fecteau: what a deeply missionary woman! These simple words sum up her life.

Born in St-Roch (Quebec City) on July 11, 1923, she was the second child of a family of 12. Her father, Joseph Fecteau, and her mother, Maria Gingras, both had a "musical soul", as our sister put it. Her mother was a piano teacher, and her father was a singer. No wonder that in their home, in addition to a piano, there was a flute, a French horn, a cello and a violin! And they all sang. Music was part of our family life," wrote Sister Cécile," “what beautiful moments!” And let us add: a family with a sense of humor, a "refined humor"; and our sister possessed it in a special way.

She studied at the Mallet Academy, under the direction of the Sisters of Charity of Quebec, and became involved in various movements. The missionary soul of young Cécile was already evident. She was about nine years old when the call to a religious vocation of adoration resounded in her heart. She counted the years until she could finally give herself to the Lord. In the meantime, she went to Mass every day.

At the age of 26, she met Mother Julienne du Rosaire. Privilege and joy! She was very impressed by the small house on the Cascades Avenue where the young community lived. She made her entry there on September 3, 1950. She became a novice on February 2, 1950 and received the name of Sister Vincent-Marie. The next steps followed: temporary vows, then her final vows on February 3, 1957.

Her piety, her respect for authority, her obedience, her great simplicity made the community life with her very pleasant; forgetful of herself, helpful, she knew how to bring joy to her sisters with her sense of humor!

In the fall of 1957, she left for a mission among the Native people at Goodfish Lake, Alberta. Then, after having perfected her English, she joined our sisters at our mission at Saddle Lake, among the Cree people. There, she was assigned to teach Grade 1. Here is what she said about her experience there: "I taught three generations of Native children for thirty beautiful years. I found my joy there. How I loved these people! I felt like I was family member among them, and the teaching fascinated me. Even though I encountered difficulties from time to time, the Lord was always there at the right time to help me. How good he was to me, even in my doubts! I can never thank him enough. I like to take inspiration from Psalm 138 which speaks to me a lot: 'Lord, you go before me and pursue me, you hold me tight, you have laid your hand on me'.

She participated in the lives of the Native people on the reserve and took a special interest in their customs. She had the ability to enculturate herself. Also, during her vacations in Beauport, she contacted Mr. Max Gros-Louis, Grand Chief of the Huron-Wendat Nation; a true friendship was established between them.

The Native people appreciated Sister Vincent-Marie and her sense of humor. On November 30, 1984, the School Board and the Saddle Lake Band Council recognized her 25 years of teaching at the school by accepting her as an honorary member of their tribe, giving her the name of Morning Star. She was presented with a hide cape, embroidered with beads. Member of their tribe! This privilege is granted very rarely! But for our sister Vincent-Marie, it was quite a surprise, because she never thought such a privilege could be given to her: "she had only done what she had to do and she had done it to the best of her ability", she wrote. 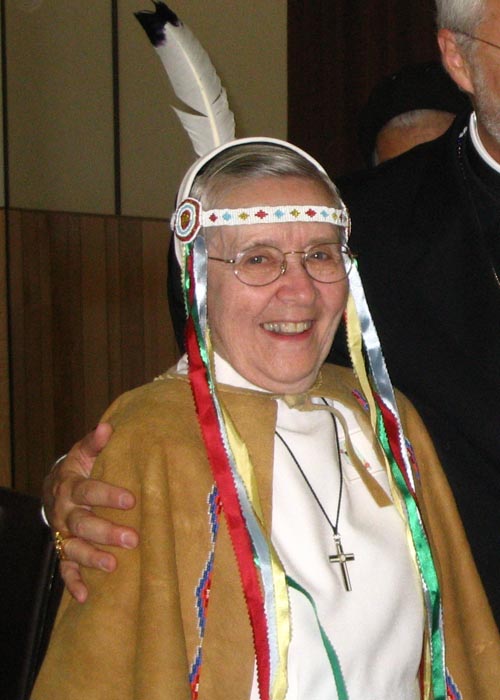 On November 30, 1984, the School Board and the Saddle Lake Band Council recognized her 25 years of teaching at the school by accepting her as an honorary member of their tribe, giving her the name of Morning Star. 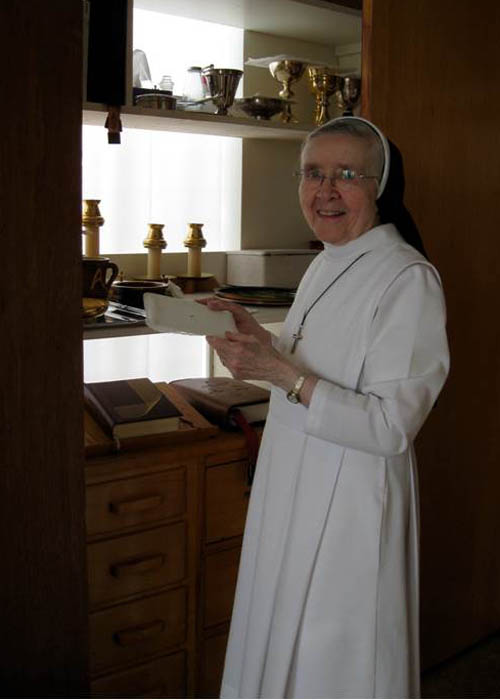 In May 1991, having left teaching, it was with some regret that she made the decision to return to the Mother House. But mission work did not stop there: from 1992 and for the next 20 years, she was a member of the Diocesan Missionary Committee devoting herself at the same time to the missionary pastoral work with elementary, high school and even CEGEP students, always being invited, thanks to her astonishing youthfulness and vitality. In 1998, she became a sacristan. What a joy to serve so close to Jesus in the Eucharist!

In 2012, she gave up her activities, her strength declining with age. In the fall of 2014, the moment came to leave our Cenacle for the Intercommunity Infirmary of the Augustinian Sisters of the Mercy of Jesus. There, she flourished and was a pleasant companion to the other sisters who lived there. On January 23, 2022, after her breakfast with other companions, she asked for help to return to her room. She was given help to sit in her chair and at that very moment, the Virgin Mary came and picked up this unique flower, to transplant it into the gardens of paradise.

We are very grateful to the Augustinian Sisters and the nursing staff for their presence, the good care and the delicate attention given to our sister.

Dear Sister Cecile, thank you for the witness of your life so adoring in mission, and so missionary in adoration. From up above, help us to follow you... 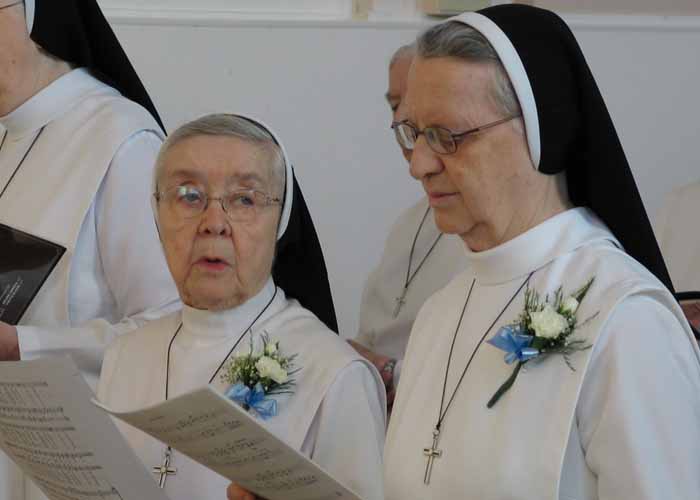 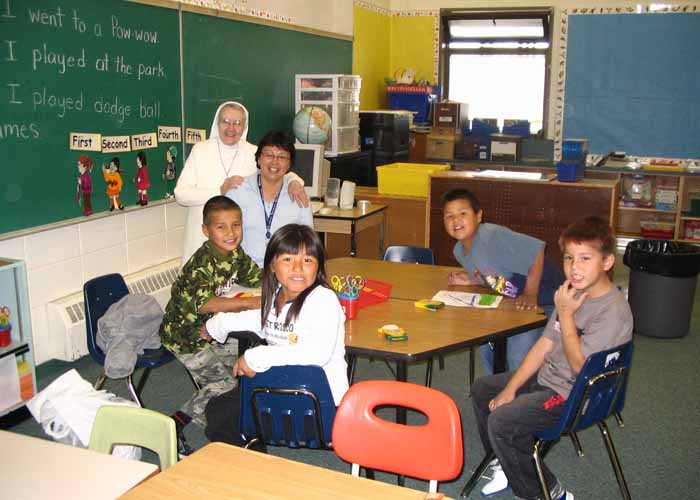 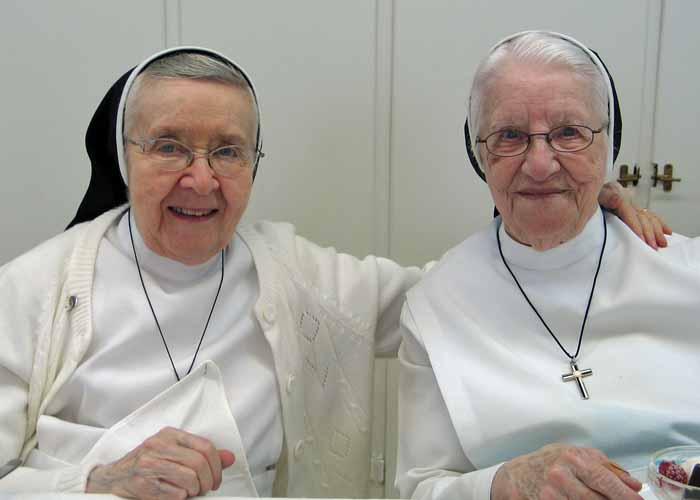 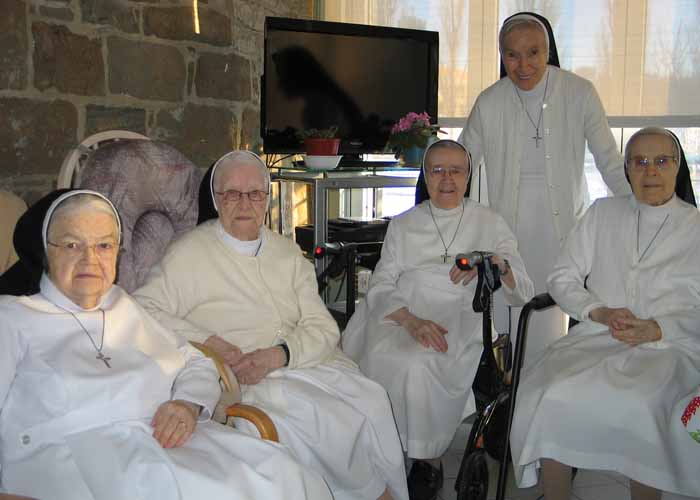 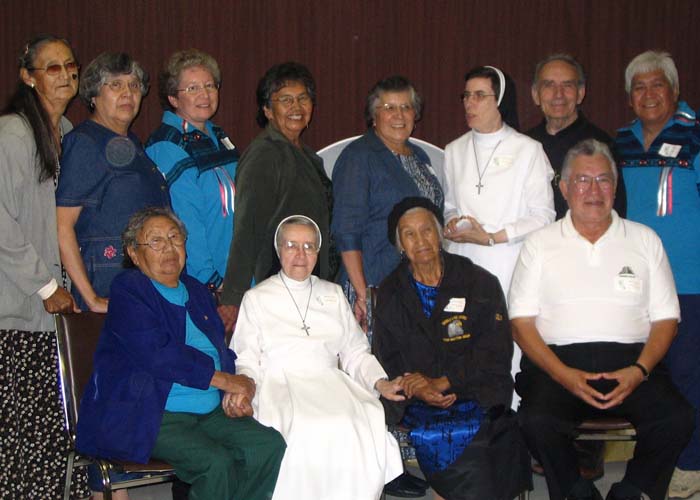 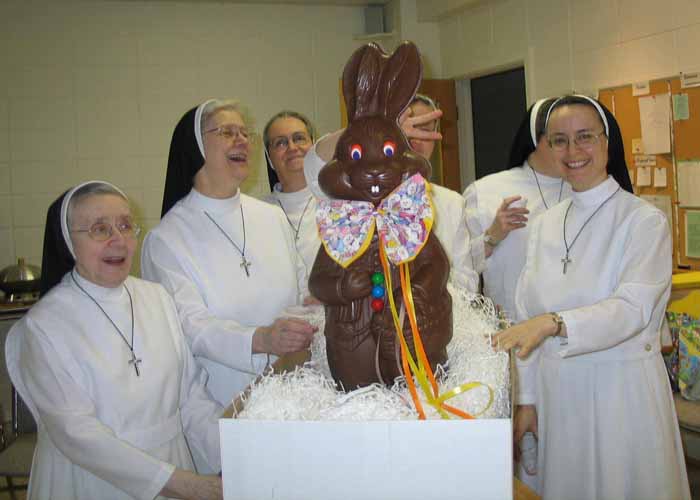