Studying the Word of God (prayer of intimacy)

Our father Saint Dominic had yet another way of praying, full of beauty, devotion and charm. He used to do this after the canonical hours and after the common thanksgiving which follows the meals.

This good father, admirable for his sobriety and overflowing with the spirit of devotion, which he had drawn from the divine words sung in the choir or in the refectory, would soon move to a solitary place, in a cell or elsewhere, to read and pray, recollected in himself and fixed in God.

Peacefully he would sit down, and after making the sign of the cross, he would read from some book open before him: his soul would then feel a sweet emotion, as if he had heard the Lord himself speak to him... (...) at times, he seemed unable to contain his words and his thoughts, and at other times, he would seem to listen peacefully, discussing and wrestling. At times, we saw him laughing and sometimes crying, staring and lowering his eyes, then speaking in a low voice and beating his chest. (...)

And while he read in this way in solitude, he venerated his book and, leaning towards it, kissed it lovingly, especially when it was the book of the Gospels and he was reading the words that Jesus Christ had deigned to pronounce from his mouth. 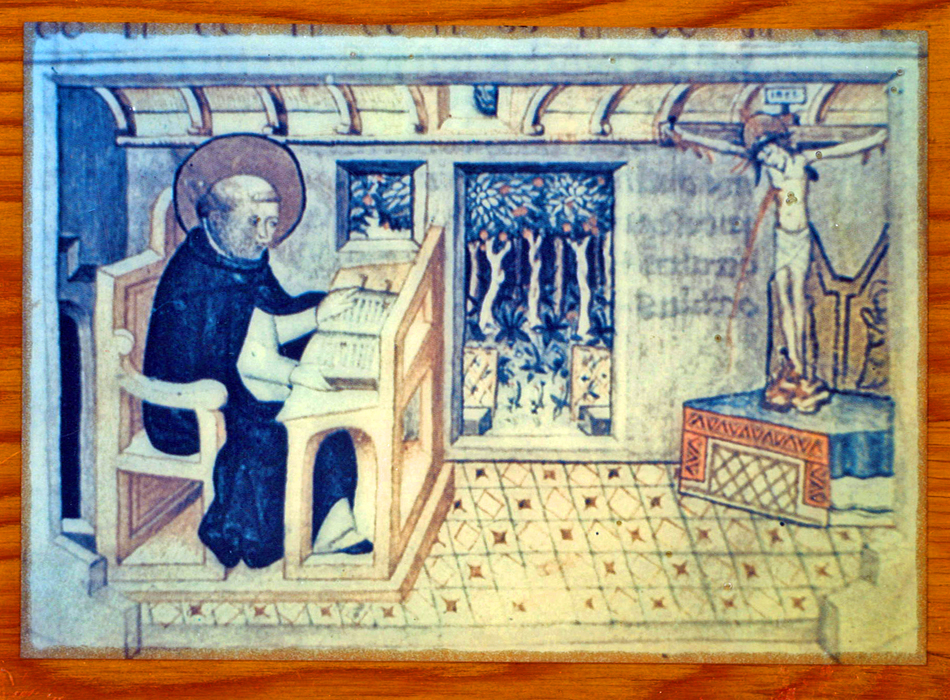 With Dominic, who sat down to read and pray, we implore you, Lord: that in the rhythm of the liturgies, the consecrated persons of the whole world may welcome your life-giving Word in a renewed way and allow themselves to be converted by it so that the world may believe.

May all your children let themselves be touched by the Word of God, be moved by it; let themselves be impregnated by your Word, may they taste it, chew on it, discover its richness. May they all hear God's words of love for each one of them, so that they may truly believe in them, and in turn, announce your love to their brothers and sisters.

O God Our Creator, Redeemer, Paraclete,
In prayer, we lift our praise, our blessing, our preaching.

Eight hundred years ago, you called Saint Dominic
to enter into eternal life, and to join you at table in heaven.

As we celebrate this Jubilee, feed us and fill us with grace
so that we may realize our mission of preaching for the salvation of souls.

Help us nourish your people, with your Truth, your Mercy and your Love,
until the promised day when we are all united with the blessed.

We ask this, as One Dominican Family,
through the pleas of Mary, in the name of Jesus. Amen.