Colette Brousseau was born in the parish of St. Charles of Limoilou, Quebec City, on Octobrer 2, 1916. She was baptised the next day by her uncle and godfather, Reverend Émile Bédard. Colette was born into a lovely family taht lived in the Saint-Roch Quarter of Quebec City for many years. Her father, Childéric Brousseau and her mother, Antoinette Bédard had thirteen children; Colette was the forth child.

She pursued her studies at the boarding school of the Sisters of the Congregation of Notre-Dame at Saint-Roch. At the end of her studies, she left the family dwelling to stay with her grandparents and her uncle - the priest - at the rectory of the Parish of Saint-Émile, Quebec.

After the death of her grandsparents, Colette entered the community of the Missionary Sisters of the Immaculate Conception in February 1939, but having contracted tuberculosis before her entry without knowing so, she was obliged to leave the community the next year.

From 1940 to 1942, Colette was confined to a rest cure, but her health continued to worsen with the discovery not only of pulmonary tuberculosis, but alsoof tuberculosis of the kidneys. She had to have one kidney removed.

It is during this time of prolonged convalescence, that, on November 16, 1942, she she providentially mets Julienne Dallaire. Julienne then presented Colette to Canon Cyrille Labrecque and, after a certain laps of time, he proposed that a novena be made to ask for her healing. At that time, however, Colette did not know that Canon Labrecque was making a request to God to have a sign that would authenticate the foundation of a new religious institute that the Lord seemed to be asking Julienne to undertake.

And so, having obtained a cure, Canon Labrecque spoke to Colette in June, 1944 about the foundation and invited her to join. Colette accepted wholeheartedly. On April 30th, 1945, she will thus be a part of the first nucleus of the new community.

Colette, who will become Mother Marie du Cœur Eucharistique in 1948, going back to her civil name in 1968, will be the closest collaborator throughout her life to the Foundress, Mother Julienne du Rosaire. Both assistant general and secretary general for many years, she will also be the Prioress General from 1966 à 1972 and will devote herself to the missionary development of the Congregation. In the spiritual momentum of the Second Vatican Council, she will be happy to promote the specific charisma of the Congregation.

From 1972 on, Mother Colette's health began to deteriorate. However, that did not stop her from being the faithful companion and friend to the Foundress and to consecrating her days to recollect and put in writing the important memories of the history of the Congregation.

In February 1993, Mother Colette was hospitalized once more at the Hôtel-Dieu of Québec. On the dawn of February 23, 1993, without the slightest resistance, she quietly handed over her soul to the Father. 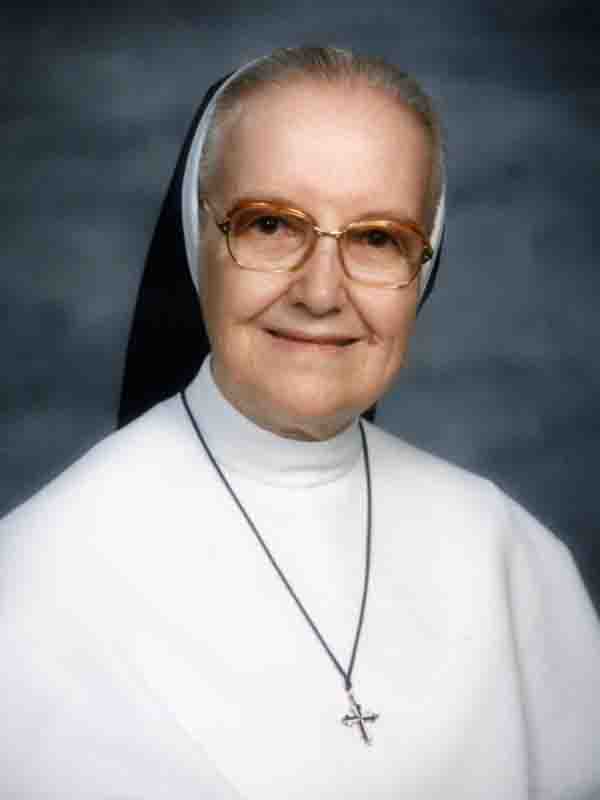